The Contemporary Art Museum of Crete and KOLEKTIV8 present the exhibition Critical Archives V: The Future is Unwritten, curated by Dimitris Kechris and Pasqua Vorgia, under the artistic direction of Maria Maragkou and Pavlos Fysakis, in the context of the 4th Mediterranean Photography Festival, which focuses on the issue of Democracy. The exhibition lasts from December 11, 2021 to March 6, 2022.

Critical Archives V: The Future is Unwritten deals with the concept of democracy. Through photographs, videos, texts and books, artists from Greece, Spain, Poland, Iraq, Canada, France, the Netherlands, Albania, Norway, Ireland and the U.S.A “debate” on how democracy is understood and constructed today and whether we can reappropriate and reinterpret the word “democracy”.

Right here, at the southern gates of Europe, in the place considered the cradle of democracy, we are witnessing on a daily basis a condition in which Western democracies are rendering unreal and increasingly abolishing the potential ability of people to participate in political and social life as actors and not simply as spectators. Beyond its definition as a state, form of government, institution(alization) of rights or ephemeral Event, democracy today tends to be related to the free market economy, the private initiative, the imposed consolidation of consensus, the various types of interventions that dictate policies on a national and international level, the spread of fake news and the hegemony of the Media and mass media discourse.

The above identifications and contradictions of democracy, among others, are introduced by the artworks of the exhibition Critical Archives V: The Future Is Unwritten. This theme and its approach through artistic practices continues the search for the relationship between aesthetics and political discourse from previous MedPhoto events, which dealt with the borders and exclusions imposed by Europe, the attempts to define a European identity and the ideological background of the European entity. The 4th MedPhoto comes to continue this broader narrative, reflecting upon this big word on which the foundation of the West was built: Democracy. Going through its ancient Athenian roots, as well as the great revolutions of the 19th and 20th centuries in democracy’s name, its legitimizing use for the establishment of colonialism and the imposition of the European culture and its white man around the world, the question posed by MedPhoto 4 is whether “democracy” in our times can reflect and represent the possibility for political and social emancipation or whether it is a globalized system of bureaucratic governance that legitimizes the abolition of this possibility.

The exhibition, which will last until March 2022, presents works by:

In conjunction with the exhibition a collection of photo books, inspired by the central theme and curated by Zoetrope, will be presented at the Museum.

In the exhibition CRITICAL ARCHIVES IV: Documents, visual documents dealing with social relationships and their transformation in time, their construction and spatialization, are placed within new contexts which explore their…

The flourishing of photobooks dealing with archival works reflects the desire and the urge of many authors to develop artistic practices, that transcend the archive from a place of storage…

Critical Archives III: Identities looks into the multiple identities/diversities that are being born within this rapidly transforming European territory and questions the notion of a common European identity. It also…

The 1st Mediterranean Photography Festival “MEDPHOTO”, under the title “Borders | Crossroads”, took place in Rethymno, Crete in summer 2016. Its’ main theme were the critical issues of immigration, national…

With the Financial Support of: 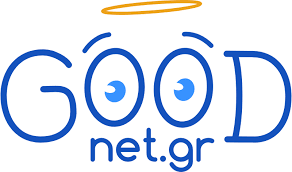 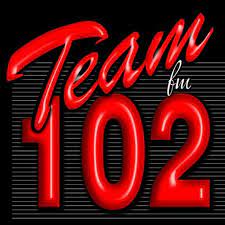