“Archive: Between the Public and the Private”.

Social relations and their transformations over time, their classification and spatialisation, the mechanisms that establish connections and produce events as much as record them, the construction of living experience and its links with memory and the memorial, the ways through which individuals or institutions proceed to archiving, are focal points of the Festival.

Photography, as a tool of archiving by default, as a medium for constructing memory and exorcising oblivion, as a model, as a code, as a footprint, as a document of absence, as a means of re-contextualization, has always been at the center of such social processes. There is no human activity, from the most common everyday act to large-scale political events that do not “seek” to be photographed, stored, classified, reproduced, circulated as a copy, as a simulation, as evidence, as truth, or as constructed “reality”.

Does a visual document preserve or undermine collective memory? Which is its relationship with loss? Which are its limits and where does it dwell? When does an archive begin to have a monumental or public character? How does it get validated? How could visual documents help us understand the gender and class relations of an era, the architecture of a city, the history of a remote village, an incident that shocked the world’s public opinion or eventually the position of the author(s)of an archive?

Who after all has the authority to suggest an archival “image” of history in-the-making? Where do authorship and political agency draw their power from? Instant pictures of life events, police files, family albums, Google Maps images, posters, fashion and advertising images, reportage, instagram snapshots, pictures derived from photomontage techniques, aerial photographs, videos that record social conflicts, visual diaries of personal moments, fragments of the web interface, images of high technical excellence or not, all of them are archives – carriers of meaning – always in progress, incomplete, open to different interpretations and uses; all of them are continuously accumulated and scattered points of a visual grammar that is built day by day, subsequently offering multiple ways of seeing and (of) storing the world or the different worlds out there; all of them are democratic fragments of a contemporary historiography and all of them raise questions about the boundaries between the private and the public sphere, between the occult and the mundane, the temporary and the permanent; between the privileged and the outcast.

MedPhoto Festival 2019, presenting works that explore many of the above-mentioned aspects of the notion of the archive, suggests ways of studying the various filing mechanisms and their agents, ways of linking images to the origins of the things photographed and of those who photograph, ways of interpreting the notion of the “familiar” and how it is conceived and composed and by whom. MedPhoto seeks to contribute to a deeper understanding (perhaps a challenge of) the established methods of using the reconstructed past in the service of a promise for the future. 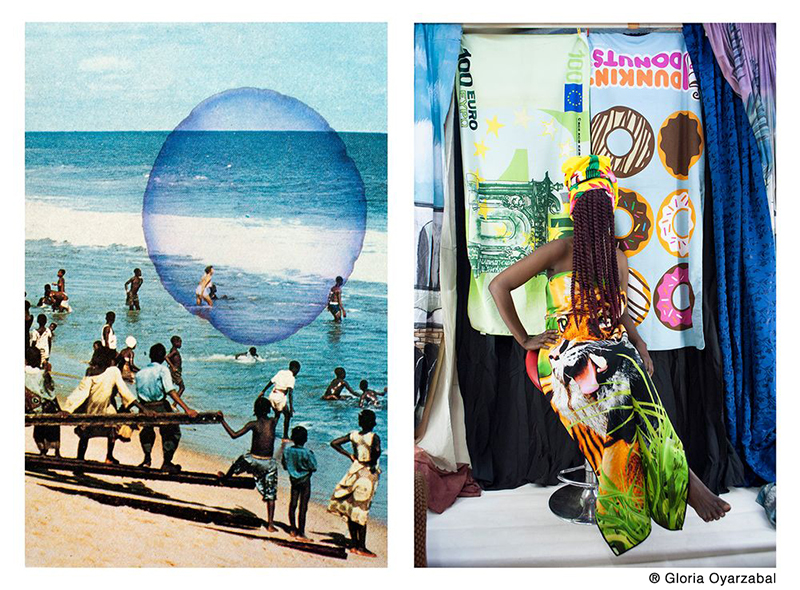 Narrative and the Photograph

A tenet of Photography’s turn to post-modernist practice in the 1980’s was the belief that “everything had already been photographed”. If this were somewhat true then, it most certainly is true now in a time when at least 300 million photographs are uploaded to Facebook everyday (and thanks to automatic focusing and exposure they are all pretty good.)
Ever since the popularization of the cellular phone, documentary or journalistic practice has been supplanted by citizen journalists armed with increasingly powerful iPhones who just happen to have been at the right spot at the right time.
What role is there now or in the future for the artist photographer who wishes to communicate an urgently held idea or poetic sense? The answer may lie in a practice that might be termed “Narrative Photography”.
Whether working in fiction or non-fiction, or in a fictive space, artists as diverse as Allan Sekula, Robert Frank, Susan Meiselas, Taryn Simon, or Jim Goldberg, have employed strategies involving text and image, or conceptual strategies for the use of multiple images that have exponentially expanded what might be said with Photography.
In this seminar the work of these artists, as well as that of Joel Sternfeld (On This Site, Sweet Earth) will serve as guide posts for participants as they expand the narrative possibilities of their own work.

MedPhoto fosters a collection/library of photobooks from all over the world featuring photobook as a separate work of art and as a primary frame of reference in photography.

“Not all those who wander are lost”, Experimental Workshop with Alec Soth at Rethymno, Crete, Greece (3-6 April 2018) & “Everything that happened, happened here first, in rehearsal”, Workshop with Oliver Chanarin at the Museum of Contemporary Art of Crete (6-8 June 2016)

Medphoto organizes in collaboration with Lens Culture an international photographic prize. Every year MedPhoto Award will be granted to a photography project (final or in progress).

The flourishing of photobooks dealing with archival works reflects the desire and the urge of many authors to develop artistic practices, that transcend the archive from a place of storage…

Critical Archives III: Identities looks into the multiple identities/diversities that are being born within this rapidly transforming European territory and questions the notion of a common European identity. It also…

The 1st Mediterranean Photography Festival “MEDPHOTO”, under the title “Borders | Crossroads”, took place in Rethymno, Crete in summer 2016. Its’ main theme were the critical issues of immigration, national…

“Certain lives will be highly protected, and the abrogation of their claims to sanctity will be sufficient to mobilize the forces of war. Other lives will not find such fast…

Under the auspices of: