Our tales are spun, but for the most parts we don’t spin our stories; they spin us. Our human consciousness and our narrative selfhood is their product, not their source”. Daniel Dennett (1991) Ghana, Nigeria, Senegal, Togo, Uganda etc. A journey ended into non-locations, spaces of iron, of motors, of immigrants who find themselves selling trinkets in the car parks of the italian shopping centre, outside the supermarkets. More then 360.000 migrants crossed into Europe in 2016. Humans have changed the landscape around them on the base of their needs, continuously. We are living in a continuous manipulation of biological evolutionary processes, with resulting deviation from it. Socio-ethnic, architectonic, and cultural space as the mirror of an era. What are the effects of these voyages on the fabric of the identities? What form does their story take? Cut and separation, but also assembly and construction are at the origin of different form of identity. Identity is, therefore, the fusion of opposite processes, it’s a system of relationships between the components. Cars are dismantled in order to be reassembled in a new form in a new life at the margins of the automobile world, symbol of our fury of overcoming and smashing the past into pieces. Organic and inorganic matter, made of rift and transformation, as the life seems to be made of. Entwined, entangles materials composed by microcosm of subatomic particles formed in uncertainty, of undertones, which hold infinite potentials. 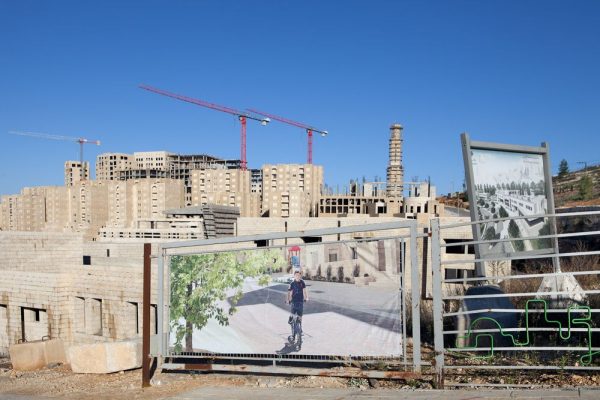 Rawabi is the first planned city in the West Bank built for Palestinians and located at 9 kilometer from Ramallah and 20 from Jerusalem. The city is a private real estate project, imagined and initiated by the Palestinian-American entrepreneur and billionaire Bashar Masri. The structure of Rawabi, (meaning “hill” in Arabic) is shaped in concentric circles around the lines of the hill, giving the city the aspect of a fortress: the urban planning is in fact inspired by the Israeli settlement Modi’in. Rawabi has received huge attention, both from the international medias and Palestine, but it also raised enthusiasm and indignation amongst the Palestinian public. When we first discovered Rawabi in 2012, we were fascinated by the powerful marketing images of the visitor center: a 3D film showing the future life of the city with happy western-looking families, living in spacious apartments with modern equipment. Sky views show the 3D rendering of the future city, with its giant roman style amphitheater, its mosque, its school… At the heart, the commercial center with famous western brands, and at the highest point of the hill, the towers of the business center. Once finished, Rawabi should host between 25.000 and 40.000 people. Like the Renaissance utopia of the “Ideal Cities”, aspiring to human and architectural perfection, Rawabi’s urban model seems to embrace the qualities of “good citizenship” expected for the future State of Palestine: Since the Oslo agreements, the Palestinian political elite have developed a strategy by making of Palestine a successful liberal example, believing that it would naturally lead to the creation of a Palestinian state. Rawabi utopia is a spectacular illustration of the liberal Palestine dream. However, giving the context of the Israeli occupation, the project is commercially extremely ambitious, and technically risky: according to Bashar Masri himself, the project already risked bankrupcy even before the first inhabitants started to move in. Like all Palestinian cities, Rawabi depends on the permission of Israeli authorities for the construction of roads, or water connection: the project was delayed of two years, and many potential buyers pulled out from investing in new houses. Despite all the obstacles, Masri didn’t give up on his project. “We will live like normal people, until the situation is normal”. Rawabi has now become a fact on the ground, with entire neighborhoods standing. A few hundred of inhabitants, attracted by the special price offered to the first buyers, are now pioneers on the front line of this risky gamble, guided by Rawabi’s creator Bashar al Masri. At this stage, the city is still an empty shell with very few people appearing in a gigantic decorum. No one can tell what Rawabi will look like in the future: a high-tech and crowded modern Palestinian city, or an empty expanse of cement, like some western suburbs built in Europe during the 70’s… We have been following the construction of the city since 2012, and we intend to complete a first chapter of Rwabi history, about the birth of the city within 2018. 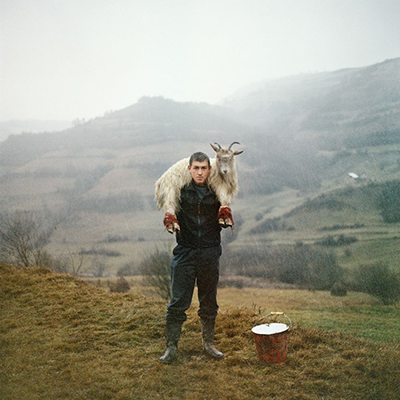 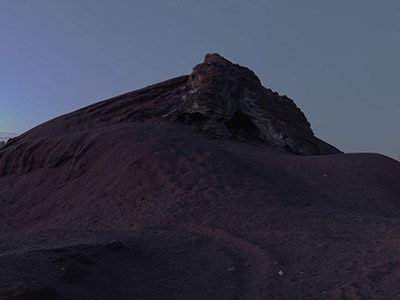 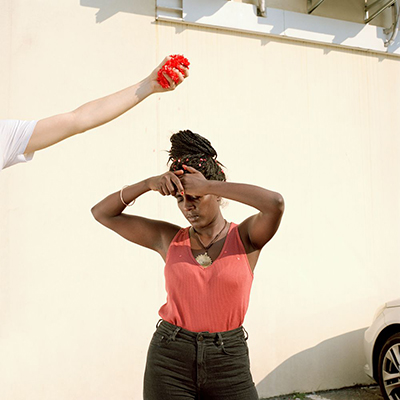 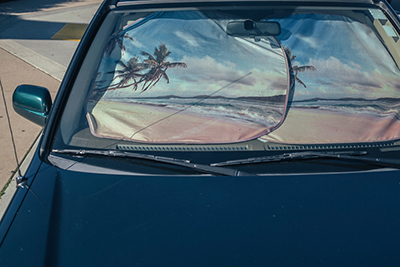 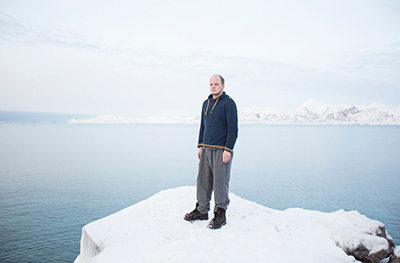