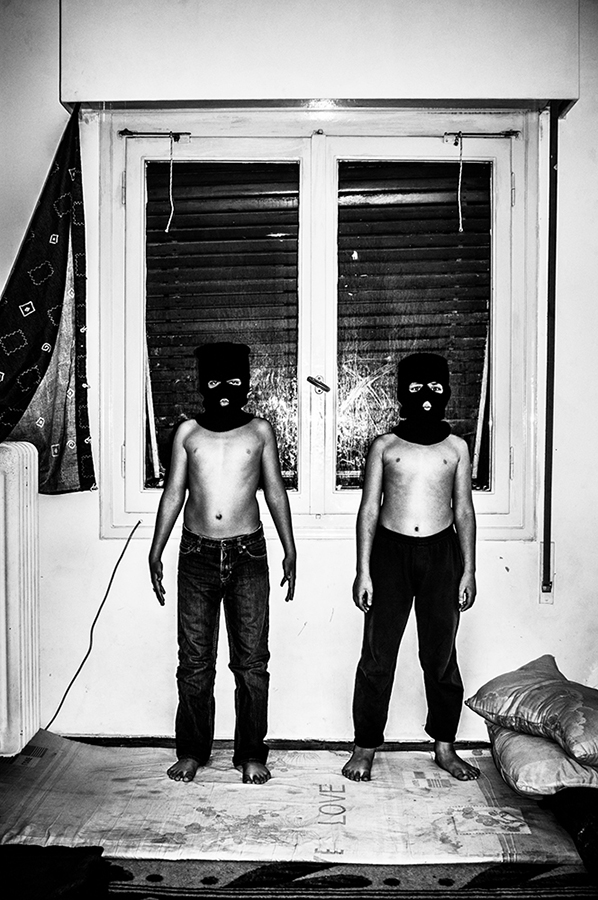 This project started in the fall of 2012, when my involvement with an unrelated work brought me to Victoria Square, the first of the neighborhoods of Athens that I documented for ”Saints”. In these early stages my goal was to capture the everyday life of the children that worked and played on the square. As we came closer and spent more and more time together, I came to know their parents, their family and friends, and I was welcomed into their homes, adding a new crucial element for a deeper and more comprehensive exploration of their world. This new dimension of the work took me to the refugee building complex at Alexandras Avenue, where most of them lived.
Thanks to the trust they so generously showed to me, I was able to closely witness many of the different sides of their hard life. When our acquaintance grew into a sincere and beautiful friendship, and our mutual trust grew with it, I was admitted to more intimate aspects of their private life, such as their relationship with religion, and I was invited to witness their religious observances and practices and their places of worship.
The last stage of the project took me to the “Pedion tou Areos” Park, where the homeless refugees were provided provisional housing under very difficult conditions, during the refugee crisis of August 2015. I documented the refugee crisis until TV cameras and photo journalists started overflowing the area –that is when I shot my last photographs. It was the time for headlines and I decided to leave. There is no space for friendship or any kind of relation with the refugees any more –at least not for me.