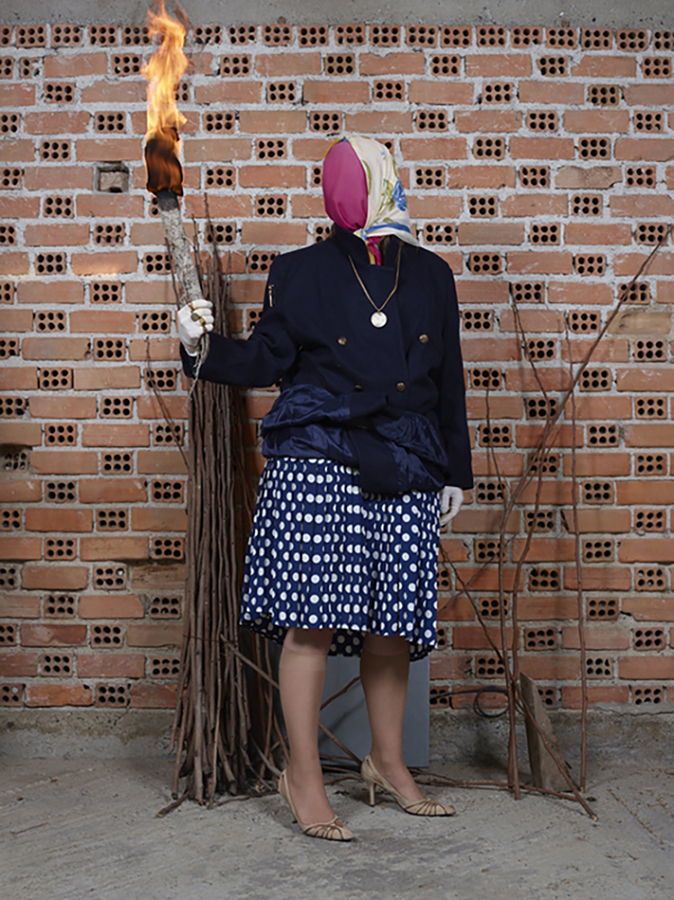 In 2010 as politicians discussed austerity measures with the EU officials, TV-sets broadcasted scenes of rioting and unrest in the streets of Athens. Reacting to those images and playing the game of disinformation abuse, Petros Efstathiadis sets up a parallel and  ironic universe created out of that sudden peur du Grec. He makes up an armour of artefacts and stand-in heroes. He styles models as rebels impersonated by the locals of his small village. They pose as anonymous rebels, partisans or prisoners, in garages, warehouses or living rooms. Clothes of workers, farmers, nurses, ballerinas, old and dirty clothes, scarves and jewellery from family boxes, mudded shoes; anything that can convey a daily activity and an individual story. These are pictures of anonymous people, lost in the battle, rebels without a name or face, standing for potential heroes or unknown soldiers who didn’t choose their side, like a small troop at the middle of the battlefield, just fighting to resist.