“Everything that happened, happened here first, in rehearsal.”

at the Museum of Contemporary Art of Crete

As part of Medphoto Festival 2016, artists Adam Broomberg & Oliver Chanarin have created a three-day workshop designed to explore participants’ understanding of their immediate surroundings; their physical, social, and political environment. Over the course of the first two days participants will receive a new commission every hour: to photograph a magical object, a nude, to create a portrait, a still life, and so forth. Individuals will shoot on their own digital camera, any format. On the final day, the group will work together with the artist on the design and layout of a collaborative publication, using the images made during the workshop to create a book dummy.

The Workshop will be open to a limited number of participants

⊕ supporting text of up to 300 words describing your work

The participants’ selection will be concluded on May 31st and those selected will be immediately notified for further steps of the procedure (payment method, proposed accommodation etc) 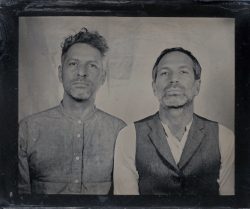