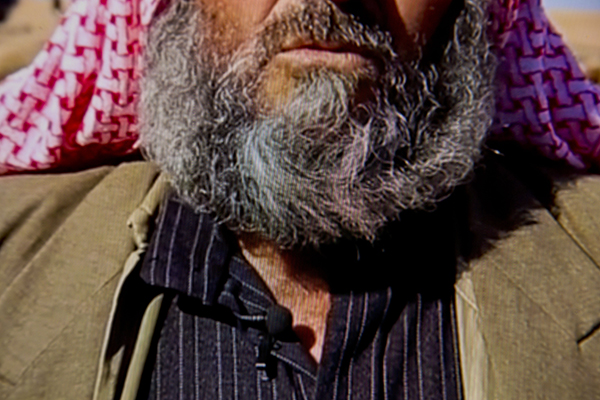 The work State is a photo series, produced from videos which were shot from 2007 to 2014 in Iraq and Syria. They have been made by members of the Islamic State and the organisations where it originated (al-Qaeda in Iraq), and are intended to work as a means of propaganda and recruitment of new members.
The goal of this conjectural work is to focus on a narration that goes beyond the illustration of the primary material, using the photographic medium and the instantaneous record that this can offer.
In essence, this work creates an alternative narration of the primary material, offering a visual register of the history of the Islamic State, but also the evolution of the iconography used by the Islamic State itself.
What we witness is the transformation of a terrorist group to the state of government, which signifies the passage from the modern historical period of nation-states to a globalised post-modern world.