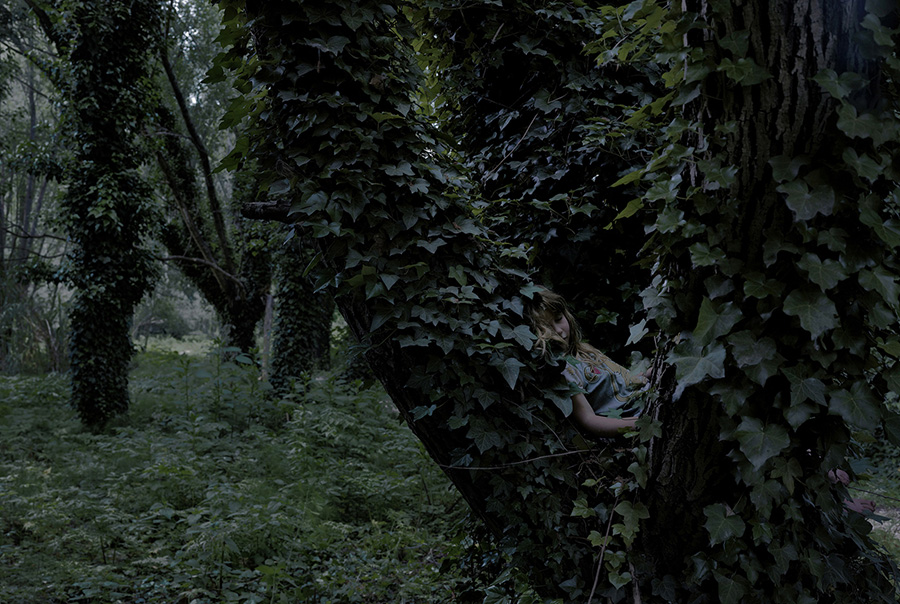 I have been working on the housing problem of the city of Rome for five years, which has brought me to thoroughly explore the peripheral and hidden spaces within the city’s urban tissue. Due to their liminal nature, those places grew next to areas of huge urban speculation, almost standing as autarchic strongholds of survival. “Angela’s garden” is one of those places. It is a small swamp next to the Aniene River, under a flyover of the ring road at the eastern outskirts of Rome. The swamp was considered a zone to be protected for its particular fauna (birds and foxes), but all the attempts to make it a game reserve failed because it was abandoned and left with no environmental protection. But this zone ended up protecting other living creatures: Angela, a six-year-old child, was born here and grew up here with her parents Piero, from Sicily, and Luba, from Russia, in a shack under the flyover. I tried to document the places and the atmospheres in which Angela lived and the new function of this failed experiment of game reserve, which doesn’t protect only birds and foxes but also the people who live there, and who found a safe shelter in the swamp, hidden from the rest of the city –a different kind of existence, unimaginable for all the people driving every day over that flyover which separates this invisible world from the rest of the city.