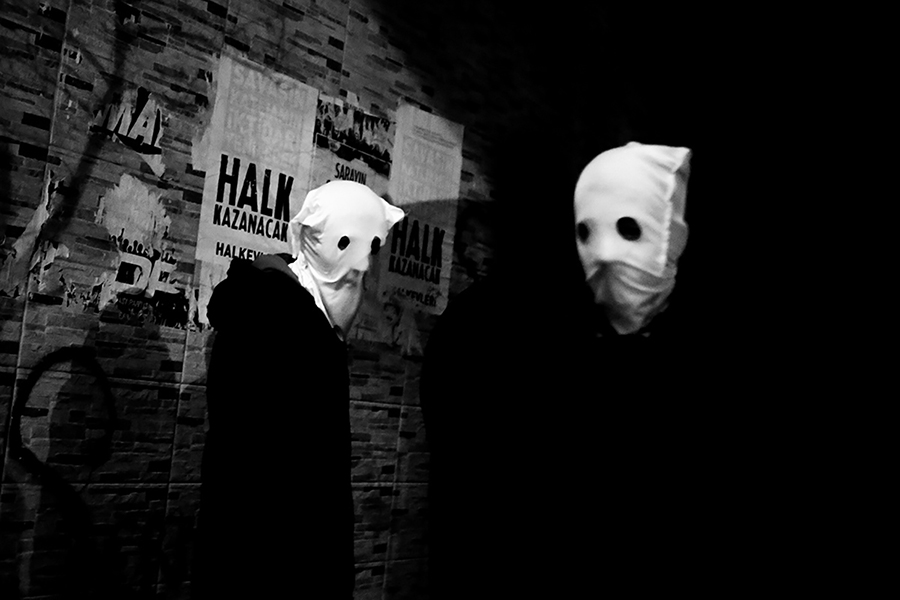 Shell shock silence and blinding whiteness,
air sucked from the lungs.
Masked clowns out of the dust cloud.
City limits, a circle of men. Two dogs.
The chain goes off.
Nervous laughters, hard breathing.
Tension as a background noise.
The night-blind goes on.

Control deals with the dark side of the aftermath of the 2000s in Turkey, where instincts collided with modernization. The story of a night in Istanbul includes sex workers, dog fights, gun violence and political armed conflict. At first glance, these activities seem different, but once we delve deeper into these stories we can see that they are part of the same chain of motives. After the 2000s, Turkey entered a new political climate. The climate, which has become increasingly conservative, has given certain ideologies a platform and at the same time led people with opposing thoughts to be vilified and pushed into the night. Armed political conflicts that arise due to social issues and pressures in the country are also emerging at night.