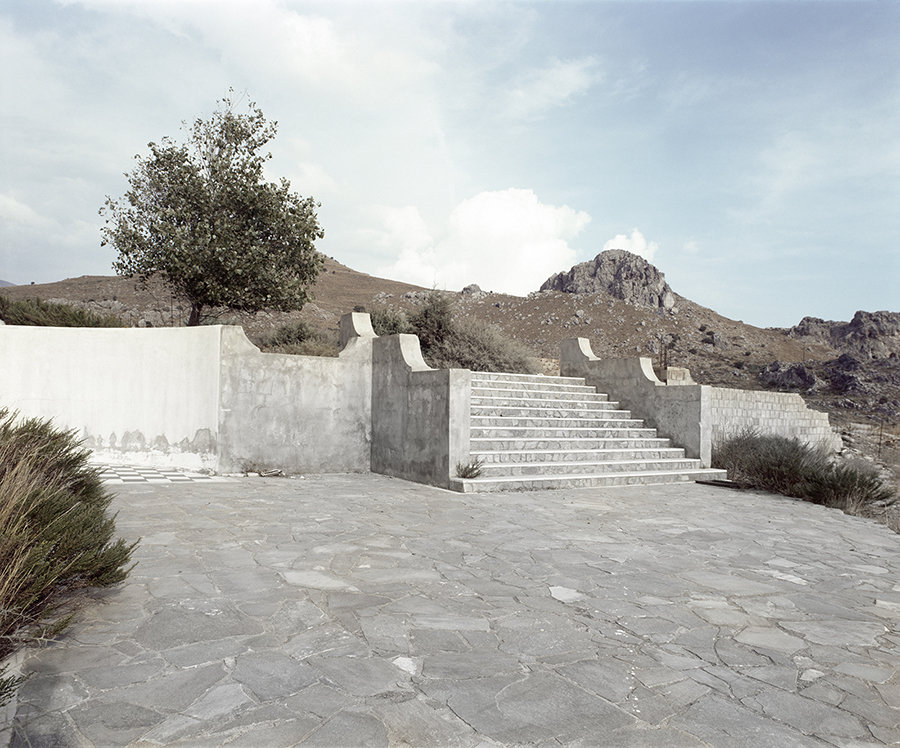 Seeking out the traces

An illustrated riddle: abstract forms in beige, brown and grey shades, scattered all over theplace. Forms constructed with stone, bushes and a part of the sky that looks familiar. The different layers are revealed  clearly only on closer inspection. Architectural elements and fragments of nature are trying to create a new, comprehensive whole.

A surrealist chord – a ladder that does not lead inside a house, but emerges as a platform in a hilly landscape, the sky resembling a rooftop. Nevertheless, the gaze of the viewer returns again to the two dimensions of the photograph. The photographs appear like compositions on the surface of the earth. The building suites, the streets and the sky separate the images along diagonal lines. Simultaneously, a specific function of the photograph is reflected: the photographic skin dissolves the three architectural dimensions of the landscape, creating a two-dimensional image.

This photographic incision increases the effects of stimulation. By this rupture between space and time, something new is born, which transcends and overturns  the familiar function of the photograph as a document. Inevitably, a photograph captures a moment of the past — however, real time never stops moving forward. Besides, as Susan Sontag has explained, looking at a photograph is a matter of emotions born in the past. When human interventions transform a landscape, a new kind of photography emerges at the exact same moment…