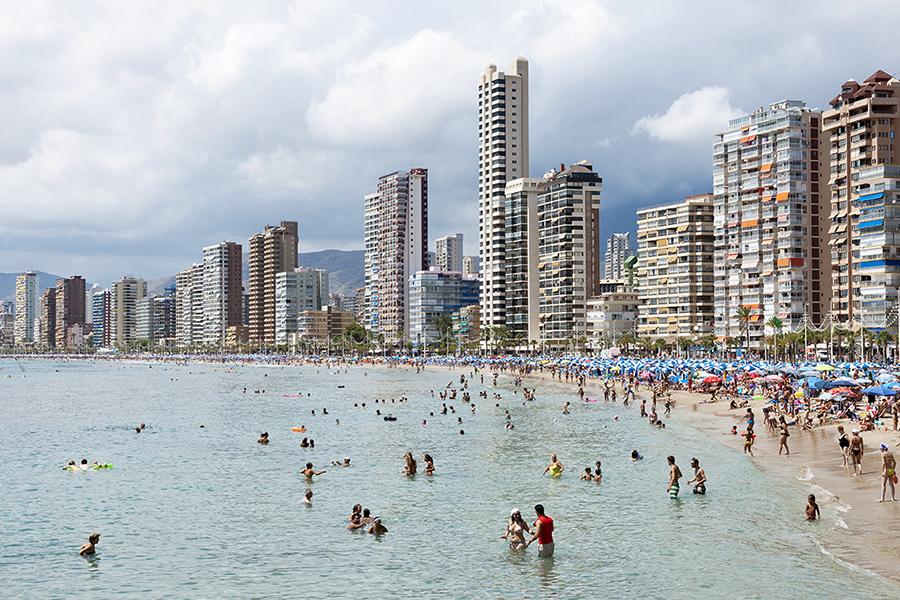 MEDITERRANEAN. THE CONTINUITY OF MAN

“The Pacific may have the most changeless ageless aspect of any ocean, but the Mediterranean Sea celebrates the continuity of man.” (Ernle Bradford)

Rich in history and blessed with a pleasant climate, the Mediterranean is the most popular tourist destination in the world. Over 200 million tourists flock to the Mediterranean beaches every year, putting great pressure on its natural scenery.
At the same time the Med functions as an unintentional castle-moat around Fortress Europe. Despite the danger, thousands of desperate immigrants from Africa and Asia continuously attempt to cross the water in shabby boats.
From 2010 to 2014, I travelled to 21 countries that border the Mediterranean Sea, documenting various contemporary issues such as tourism, urbanization, migration and crisis. ‘Mediterranean. The Continuity of Man’ is a kaleidoscopic portrait of the region and the Zeitgeist, characterized by huge contrasts and crises of different kinds. These photographs juxtapose parallel realities, in order to put things in perspective. The enriching crossroads of cultures Bradford refers to in the quote above, has become a barrier nowadays. The cradle of civilization, today has become the grave of many.

“Here, at this crossroads of space and time, where the ancient sea indifferently links or divides people; here, just like in Nick Hannes’ photos, people are coincidental passers-by in the unscrupulous, ever repeating spectacle that we call ‘History’”. (Michael De Cock)