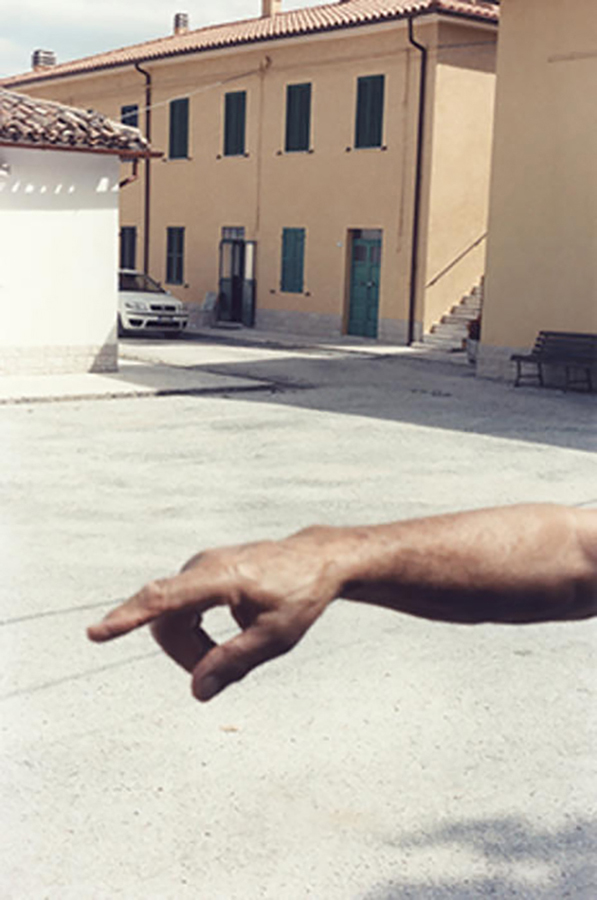 Let us imagine a Castle, old but in continuous configuration, a monument of the past as well as an active social territory for the present, symbolically unreachable but at the same time ordinarily familiar. It always stands there, prominent, seemingly having free access and invisible owners and keepers, or is it that they don’t exist at all? Of course at times it excludes, it shrinks, it imposes strict protocols and many terrible secrets are whispered about it, but it’s all right, there are things that we don’t understand as well, mechanisms that we don’t comprehend, but even so the Castle is there, solid, it defines us and we define it. Let’s call this castle “Europe”.

Frederico Clavarino is in the Castle with a special purpose: his camera is a tool, an instrument that records basic tangible and intangible components, of those raw elements that constitute its current composition.  He detaches, with the precision of a scalpel, fragments of the whole and subsequently he apposes them on  the white surface of his lab, he examines  and classifies them into small groups, tries to perceive their structural relationships, often invisible at first. Artifacts of wood, metal, paper, cement and plastic, architectural joints, drawings of every kind and technology, momentous symbols and indifferent everyday things, as well as the intangible threads of time, from the deep past of the Mediterranean and the horrible stories in the Polish countryside a few decades ago up until the things that are still being interweaved, with people knowingly and unknowingly caught in their thread.

There is no definite answer to the question of what exactly he is investigating, probably because he himself is still searching for it. He leaves us only with his working method and some temporary conclusions that we watch being formed in his taxonomical compositions: what runs through them looks like complex motifs and patterns of authority, signs of control over matter and time. His deconstructive method allows us to guess the hidden joints that make up the Castle – is it not true that we hear them creaking lately?- and perhaps to converse anew with the burden of History and the apathetic familiarity with the everyday.