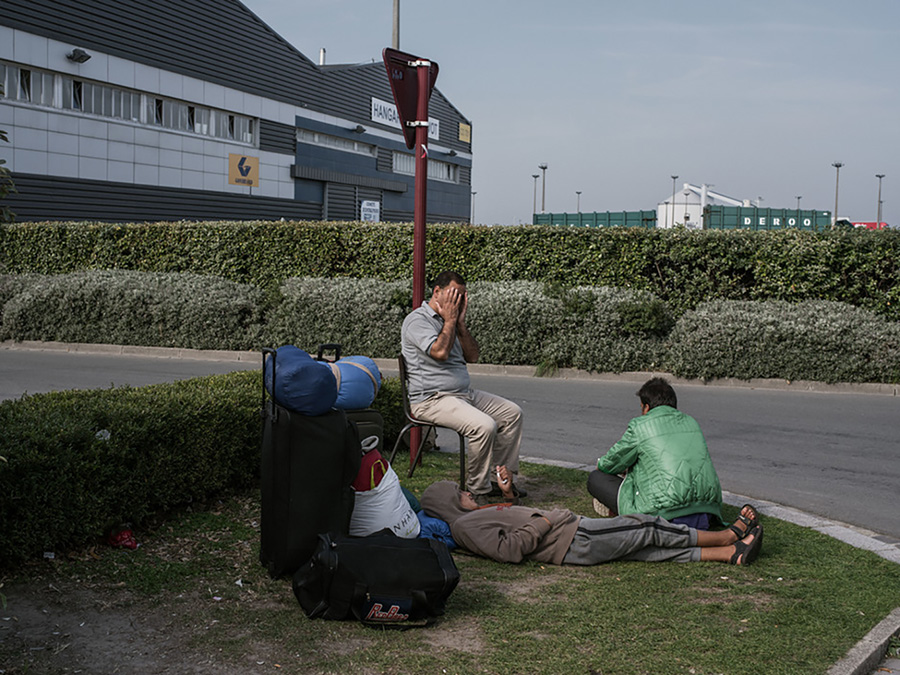 Migrant Camps in Calais and Dunkirk

Calais Jungle is the name given to the shantytown near the city of Calais, the temporary living place of around 5000 migrants on their way to attempt to enter the United Kingdom by stowing away on ferries, cars, or trains travelling through the Port of Calais or the Eurotunnel. There is now also a second camp nearby, in Dunkirk, called Grande-Synthe, hosting around 2500 migrants.

Jérôme Sessini visited both the Jungle and Grande-Synthe over the last few months, documenting the places where the migrants live, the failed attempts to enter the UK and the constant police presence.

Since March 2016, about one third of the Calais Jungle has been dismantled, but as the camp reduced in size, the population swelled by thousands. Sessini has witnessed the way the increasingly cramped conditions have created a tinderbox atmosphere. “The result is that there are more people in less space so it is obviously more crowded and tense now,” he says, adding that there have also been clashes between the migrants themselves, particularly between the Afghan and Sudanese. “There is more despair and the migrants are trying harder and harder to stop trucks,” concludes Sessini.