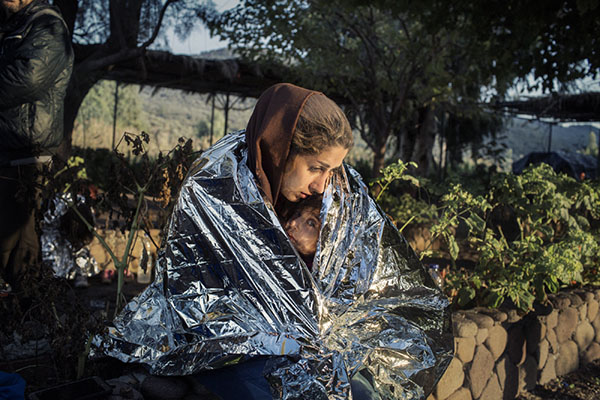 According to UNHCR, approximately 850,000 refugees and migrants, including children, arrived in Greece by sea in 2015. Of these, just over 500,000 landed on Lesbos, a Greek island around eight nautical miles from the Turkish coast. Although at the centre of migration flows, Lesbos had nothing to offer the mainly Syrian, Afghan and Iraqi refugees, asylum seekers and migrants who arrived there. Once they reached Europe’s beaches, they were welcomed with a long trek across the island’s mountainous interior, followed by days and nights spent in crowded refugee camps, where not even a place in a tent was guaranteed and where basic amenities such as toilets and showers were lacking. But it was in those under-serviced and poorly managed camps that they had to stay, in order to obtain the required registration to allow them to travel legally through Greece and continue their journey of hope towards other European countries, such as Germany and Sweden.