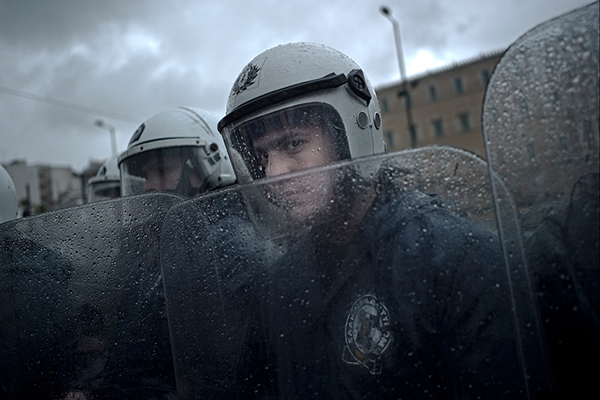 Since 2009 Greece has been facing the consequences of a severe economic crisis. Consecutive austerity packages, following Greece’s bail-out agreement with the EU and the IMF have been tearing apart the social fabric, placing extreme pressure upon the middle class and spreading misery across society. Twenty per cent of the Greek population lives below the official poverty line and youth unemployment (15 to 24 years old) is 50%. Total number of unemployed exceeds 1 million. At the same time the recession is getting deeper, reaching -7% in 2011, and there are estimated for a -4% recession in 2012. It is the 5th consecutive year of recession, creating a situation that Greek society had not experienced since WWII. All these along with the reluctance of banks to offer new loans, have led many small and medium businesses to despair. 180,000 firms, particularly small and medium, are expected to close on 2012. The only businesses actually flourishing are shops buying gold, since thousands of ordinary citizens have no other option but to sell jewelry and family relics, at very low prices, in order to pay for increasingly high taxation. Drastic cuts in public spending have dismantled welfare state institutions and have led to the marginalization of those social strata that are most vulnerable. Many people have no insurance or health coverage seek the help of NGOs. There has been an increase of 25% in the number of homeless people. Thousands of people, from long-term unemployed to shopkeepers who have lost their shops depend on soup kitchens to survive. The Archdiocese of Athens distributes 10,000 meals every day. Because there have been cases of children fainting in classrooms because of malnutrition, the Federation of Teachers has demanded soup kitchens within schools. Under such conditions, the streets of Athens and other major Greek cities are filled with anger. Some of the biggest rallies in recent Greek history and some of the most intense cases of industrial action and struggle have taken place in the past two years, including impressive forms of action by the working class of the industrial sector.