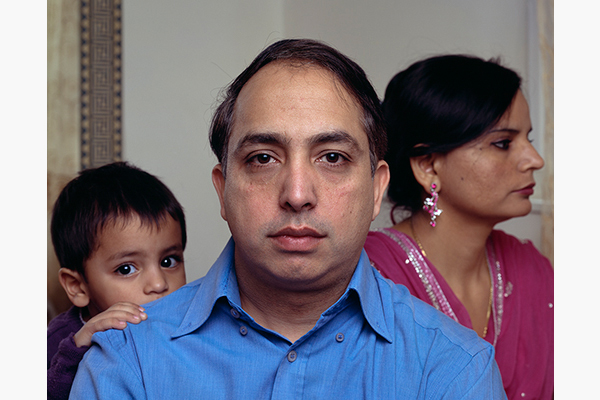 Nikos Markou’s work, entitled “Life Narratives”, is a video consisting of articulated stories where everyday people narrate signs of life in a non-dramatic way. The narration, in the form of speech appears before the photographic image, allowing us to focus on it. The belated appearance of the image gives us the opportunity to appreciate its plastic qualities in an autonomous way. It provides a different type of information, as its goal is not to illustrate the speech. Speech and image complete each other, without conflict and without merging. This work was presented for the first time in the exhibition “The Future Lies Behind Us. Two New proposals Beside an Older One”, which took place at AD gallery, between April and May 2014.
Markou is tracing not only the period of the recession, but also the one that preceded the financial and political collapse. The period during which the tendency for the deconstruction of the social tissue became definite. He chooses his narrators carefully: a young child singing, an old Austrian woman who has been living in Athens for years, a family of Indian immigrants, an unemployed man, a homeless man… He chooses the narrative elements as to exclude the immediacy of  commentary, sarcasm or provocation as a narrative value and psyche-significative  approaches as a reference.
Markou’s work penetrates the present as a point of reference. The use of the historic moment leads directly to the human condition itself. It finally highlights the victim of the Central Conflict, of the defeated version of History, as a carrier of hope for the renewal of social and cultural institutions.
His methodology brings to mind the way groups of Oral History work, where narrations are collected with the intention to create a History beyond its official interpretations, without referring to Archives. A History which places the simple, everyday person at its centre.
In Markou’s work, the face of the victim does not refer neither to a general, impersonal category (the working class, women, immigrants, etc), nor to any historical leadership. It is composed of distinctive entities in terms of their social and cultural origin and their position in the production process.
The most ordinary form of self-awareness, knowing thyself by observing the other, holds a major position in the work of the photographer. Balzac’s declaration that “the depiction of life must be done scientifically in order to arrive at a comprehensive presentation and interpretation of social reality” seems to characterize his work. In the past few years, we are progressively moving away from a perception according to which it was quintessential for the political art to employ certain forms that either used directly the Archive or reconstructed it inside the artistic work, thus limiting the Political to a kind of documentary, taking no risks on the social stakes.
Markou seeks the form of a new realism.