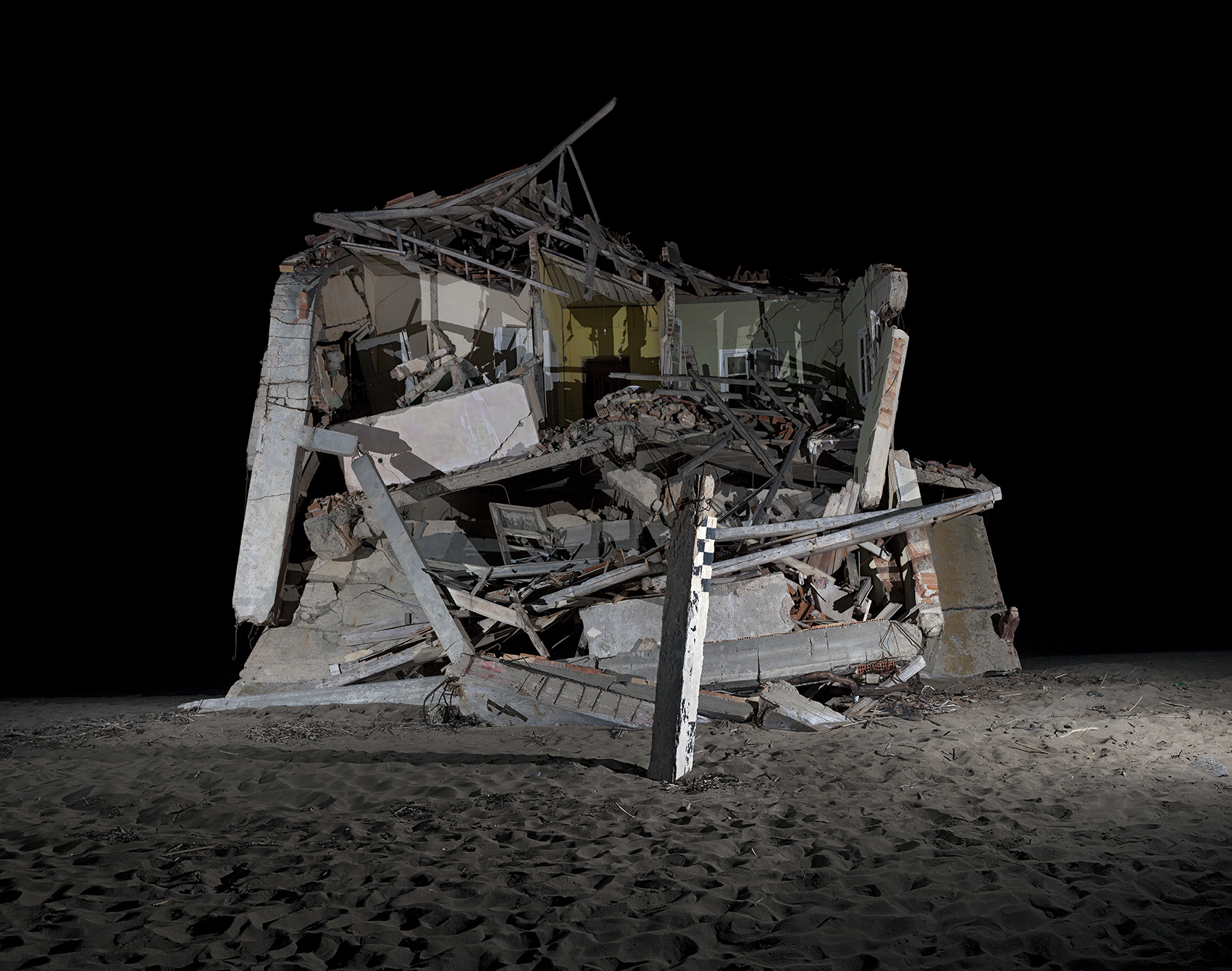 Beyond the obvious fascination that the landscape generates to Markou, his works are governed by his concern for fellow-humans and the desire to evoke a sense of “semi-objectivity”. Markou’s Topos, studies the concept of natural and manufactured. Almost always, there is an artificial grid behind what appears to be natural in his pictures. These two elements intertwine to create colour images of artificial-natural landscapes that hover between the two categories in order to create an entirely new, a nuance in space.

Working on his photographs with an almost transparent way he depicts spaces without the use of theatrical or dramatic elements. The way he frames his subjects, is straightforward and unembellished, in order to turn his subjects into huge window-like frames that overlook nature. He creates a series of monumental spaces that have been hanged on the wall for observation, which do not intend to recreate landscapes of incomparable natural beauty and harmony, nor to surprise us by the means of something unexpected, but to create a new totality, where, as Simmel argues, the balance between the universal and the particular is established by the masterful use of detail.