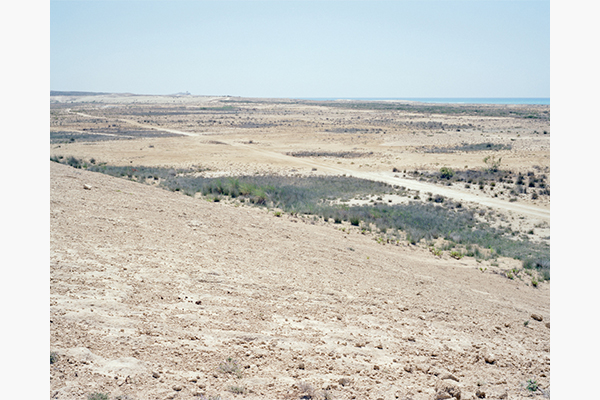 To make work about borders is to work in a context where evidence, -particularly photographic evidence- plays an important role. We are familiar with news images that show migrants as victims or criminals. Passport photographs are taken as proof of identity. The story of traumatic occurrences in a person’s life must be repeated again and again as evidence of their right to be in Europe.
“Defining Lines” is focused on the areas in and around the “Sovereign Base Area” of Akrotiri in Cyprus. The “Area”, which is one of the two British Sovereign Territories created in 1960, is autonomous and has as head of the state the British Monarch. There are no border barriers, no custom posts between the “Area’s” lands and the Republic. Normal civilian day to day life, takes place along the peninsula and right next to and from the inside of the border. It is hard to tell if you have crossed into UK land. Using modern technology and such devices as iPhones and services like Google Maps that the border becomes apparent and real. These borders are open at all times. They separate the land at all times.